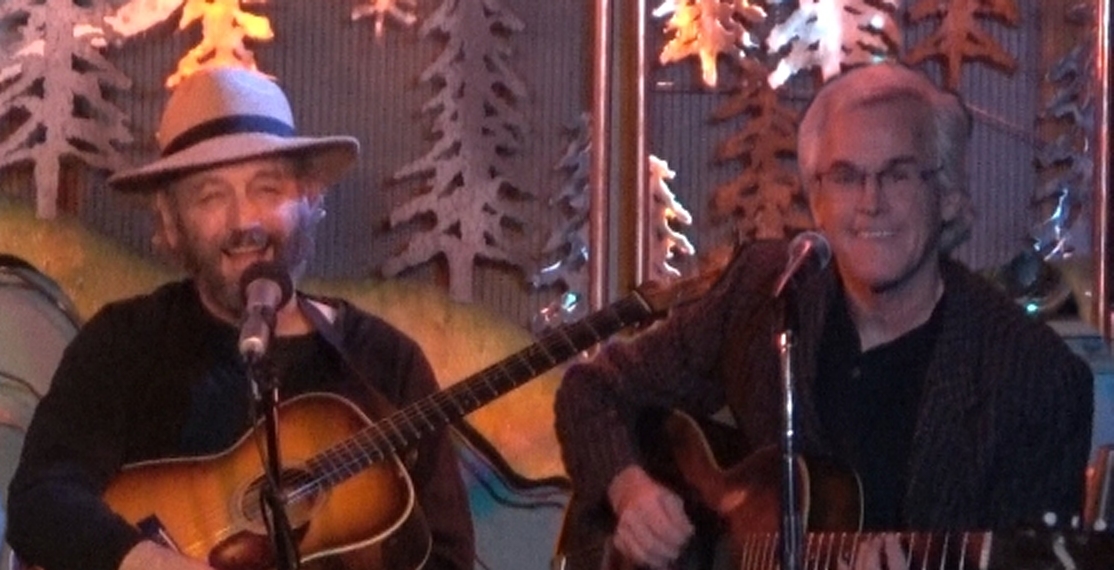 Bill Edwards is a first-call guitarist, songwriter and producer for numerous Norther California acoustic music projects. He is a member Way out West with Joe Craven and Tracy Walton, and the power trio Webster Walton & Edwards. He has been a producer and songwriter for Sacramento’s seminal party band Mumbo Gumbo.

Peter Wilson has toured and performed since 1978 in coffeehouses, colleges, trains and nightclubs across the US and Canada. He’s a member of the Deadbeats – a long running tip-of-the-hat to the music and songs of the Grateful Dead. He’s a founding member of Paul Emery’s 1000 Kisses Deep – The Songs of Leonard Cohen. Along with his songwriting cohorts, Mountain John Hilligoss and Moe Dixon, they’ve written scores of songs, toured and released a studio CD – Troubadour Camp. At home in Grass Valley, California Wilson has hosted radio variety shows and open mic. nights. His production company, Strings Concerts, presents events and provides support services for presenters and festivals on the west coast.